The benchmark Muscat Securities Exchange (MSX) in Oman had a dip in September 2022, in line with the rest of the GCC stock markets, a new report claims.

However, according to Kuwait-based investing, strategy, and research firm Kamco Invest’s “GCC Equity Markets Monthly for September 2022,” “the decrease in the MSX30 index was the least in the Gulf Cooperation Council (GCC) at 1.2% to close at 4,528.3 points.”

According to the research, “the MSX Sharia index also demonstrated a significantly larger monthly loss of 1.58 percent for September 2022.”

The MSX 30 Index rose steadily over the three months before September 2022, moving it to second place in the GCC in terms of year-to-date (YTD) 2022 returns, which were 9.7 percent.

All three of the reporting segments experienced negative quarterly closings in September 2022 in terms of sectoral performance. According to a Kamco Invest report, the Industrial Index, which had had the biggest monthly increase the month before, experienced the biggest fall during the month at 4.6%, followed by the Services and Financial indices, which saw monthly declines of 3% and 1.8%, respectively.

SMN Power Holding, which saw a rise of 21.4% in terms of corporate performance, topped the

list of gainers. Following as the second and third biggest gainers, with gains in share prices of 12.7% and 9.8%, respectively, were Dhofar International Development and Al Ahlia Insurance. Recently, the required regulatory clearances were granted for the appointment of the new CEO of Al Ahlia Insurance. 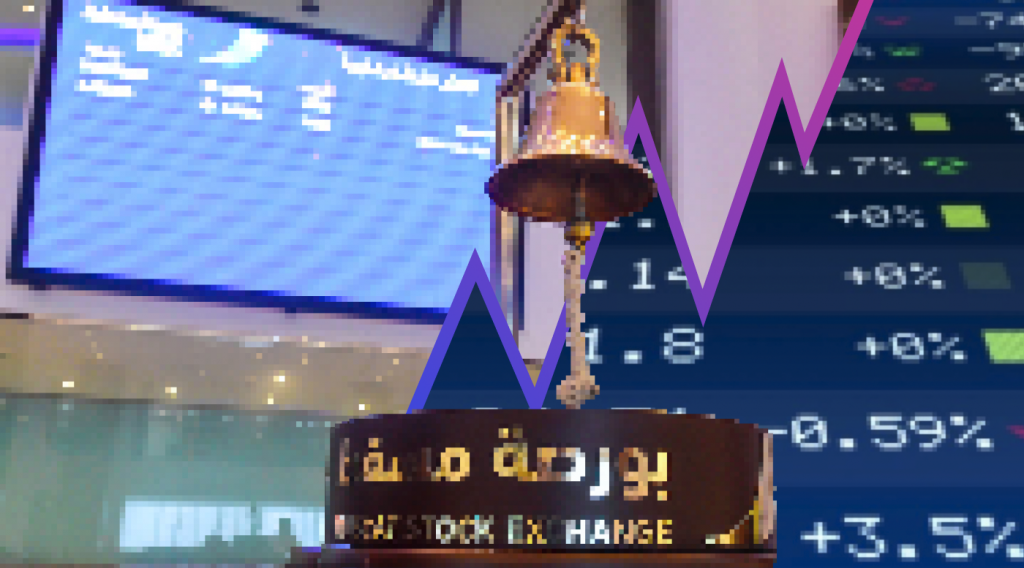 For the second consecutive month, Bank Muscat topped the list of monthly value exchanged with deals totaling OMR25.2 million. It was followed by Galfar Engineering and Bank Dhofar, whose total trades came to OMR17.5 million and OMR14.4 million, respectively. Omantel and Galfar Engineering were in second and third, with 3.3 million and 2.9 million shares, respectively, in terms of trade volume, behind Bank Muscat, which again led with 14.7 million shares.

The value of shares purchased by non-Omanis reached OMR 8 million, representing a 17.4% increase in investor participation. Compared to other countries, Omanis spent OMR 40 million on shares, a rise of 82.6%.

In September 2022, the DFM General Index experienced losses for the first time in three months. The index’s benchmark experienced a 3.0% loss, ending the month with 3,339.2 points. The index experienced steady growth in the middle of the month, but the bulk of the fall occurred in the latter half.

The index’s YTD-2022 return, which was pulled down by the monthly decline, came in at 4.5%, the third lowest in the GCC. Consumer Staples saw the largest index decrease among sector indices in September, falling 18.4% to conclude the month at 157.8 points, according to sector performance.

In September 2022, Abu Dhabi saw the second-smallest fall in the GCC, following advances in the two months prior. To end the month of September 2022 at 9,750.8 points, the FTSE ADX index fell by 1.3%. Only two of the 10 sector indices saw positive monthly gains in terms of sector performance during September 2022, while the sectors of the other eight indexes experienced monthly declines. With a monthly reduction of 11.9%, the Real Estate index saw the largest monthly drop of all the indices, mostly due to a 17.6% monthly decline in Eshraq Investments.

From September to August 2022, the Saudi Stock Exchange reported the second-largest monthly fall in the GCC, driven by a global sell-off resulting from investors’ constant concern over interest rates. Inflation was also a major concern for investors.

On September 26, 2022, the Saudi Stock Exchange reached its lowest closing level in nearly 10 months at 10,909.18 points. However, steady gains over the following three trading days helped the index surpass the 11,000-point threshold and close at 11,405.3 points, registering a monthly decline of 7.1%, the largest monthly decline since June 2022. The benchmark’s YTD-22 performance, which is at 1.1%, was also impacted by the decrease in TASI. The Saudi Central Bank lifted its benchmark interest rates by 75 basis points throughout the month to 3.75 percent and 3.25 percent, respectively, in response to the US Federal Reserve’s 75-bps rate hike.

In September 2022, Kuwaiti benchmarks had their most significant monthly fall in 2.5 years due to a general decline that hit the majority of sectors both locally and globally. Because the performance of the index’s constituent stocks was skewed lower, the Main 50 Index experienced the largest monthly decrease among market groups, falling 10.3%. The Premier Market Index and the All-Share Market Index reported a monthly decrease of 7.5% and 7.8%, respectively. In comparison, a monthly decline of 9.0% was reported for the Main Market Index.

September 2022 had the third-largest m-o-m fall on the Qatar Stock Exchange. The index lost 5.4% over the month and ended at 12,695.3 points. Qatar All Share Index also reported a decrease of 5.3%, pointing to general market deterioration. The YTD-2022 returns for the QE 20 index were reduced to 9.2 percent as a result of the fall in September 2022, ranking third in the GCC after Abu Dhabi and Oman.

The Bahrain Bourse saw a dip from September to 2022, coinciding with the rest of the GCC markets, following two consecutive months of increases. The index dropped 1.9% to conclude the month at 1,882.0 points, which was the third-smallest decline in the GCC this year.