The UK is on the verge of relinquishing its title as Europe’s largest equities market because the crisis of confidence in its assets is so severe.

The aggregate market value of firms with a primary UK IPO listing has decreased this year due to the downturn in London stocks, bringing Paris, its closest rival, within touching distance. According to an index put up by Bloomberg, the difference between them is only $156 billion, or the equivalent of $2.5 trillion, which is nearly the smallest on record.

Since Britons decided to leave the EU in 2016, the gap between the UK and French markets has been gradually narrowing.  Prime Minister Liz Truss’ unfunded tax cuts, however, have dealt a critical blow, weakening economic confidence and bringing the pound to record lows. This unprecedented market upheaval has occurred over the past week.

“London’s crown as the leading European trading hub was already fading even before this latest confidence crisis and the collapse in sterling, with the impact of post-Brexit trade issues still weighing on sentiment,” said Susannah Streeter, senior investment and markets analyst at Hargreaves Lansdown. Optimism looks to be fading as worries about the Truss administration’s handling of the economy grow. 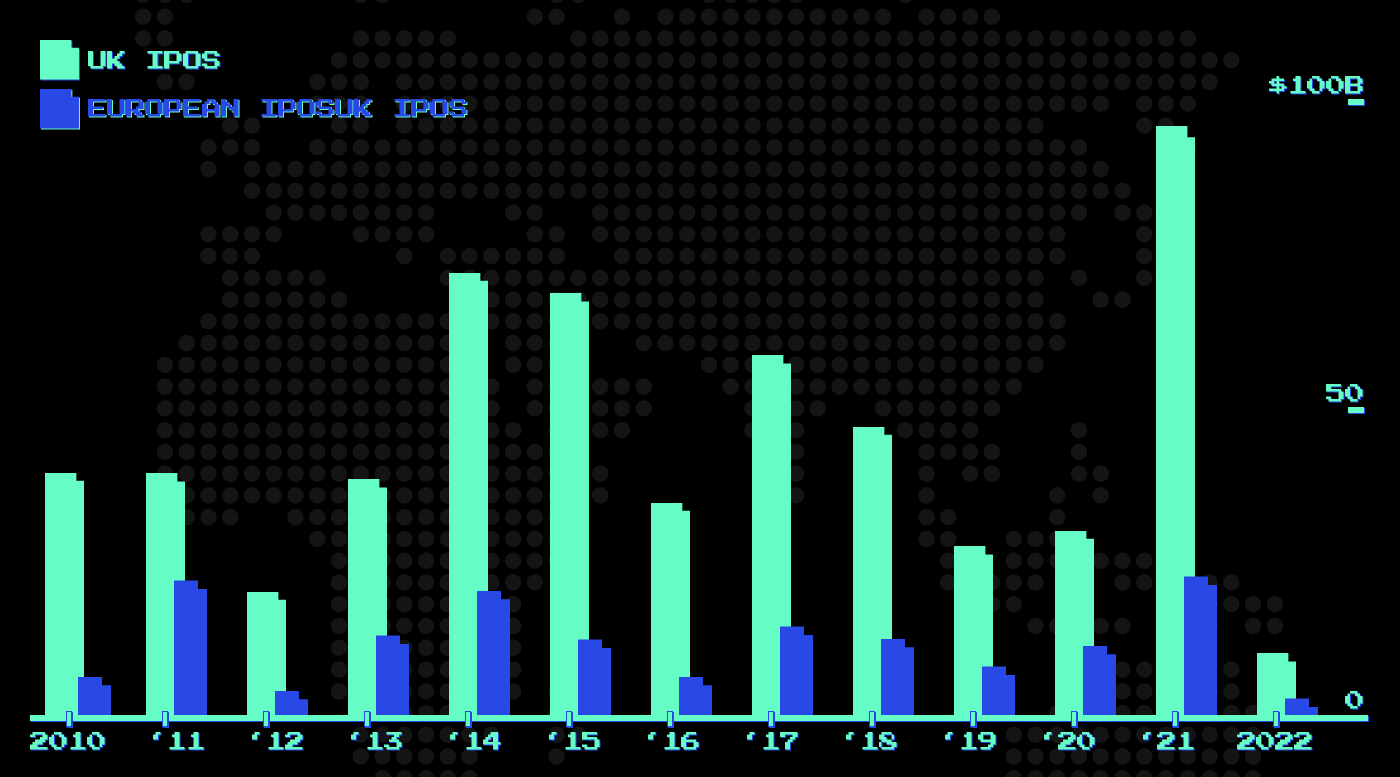 Using data from Bank of America Corp. and EPFR Global, it is estimated that UK equities fund outflows will reach $18 billion, which would be a record low.

Wednesday’s intervention by the Bank of England to calm markets has only “bought time” in stabilizing the pound and seeking to avoid broader deterioration in UK household finances and asset markets, Jefferies strategists led by Sean Darby wrote in a note.

The value gap between the French and British equities markets has before only once been smaller. The third-largest business in the FTSE 100 Index, BHP Group Ltd., left London at that time in January of this year.

British companies are more appealing to overseas bidders as a result of the weakening of the pound since the Brexit vote, which has also decreased the value of London’s equities market. The UK has developed into a favorable environment for acquisitions, which also reflects low valuations and a lack of protectionism.

London’s increasingly precarious status as one of Europe’s top listing sites has been another contributing element. According to figures collated by Bloomberg, only $1.38 billion has been generated through initial public offerings in the UK this year, accounting for 14% of the total in Europe and the smallest amount in more than a decade.

It’s not all bad news, either. With 75% of the FTSE 100’s sales coming from abroad, the weak sterling is significantly boosting UK large-cap earnings.

According to Liberum Capital researcher Susana Cruz, as long as recessionary fears are there and the value of the pound is under pressure, the blue-chip index will likely continue to outperform the mid-cap FTSE 250.