SEC reiterates its determination to reject the Grayscale spot ETF

According to court documents, the Securities and Exchange Commission reiterated its position on its decision to deny Grayscale’s application to introduce a bitcoin ETF and reiterated that such products are vulnerable to fraud and manipulation.

Over the summer, Grayscale complained that this US regulator was using an unfair double standard by permitting bitcoin futures ETFs to trade but continually rejecting requests for ETFs that invest in spot bitcoin.

Grayscale’s request to turn its Bitcoin Trust into an ETF was turned down by the SEC in June. Later that day, Grayscale filed a lawsuit against the regulatory body, claiming it had discriminated against the two types of ETF issuers in an “arbitrary and capricious” manner, in violation of both the Administrative Procedure Act and the Securities Exchange Act of 1934.

The SEC’s initial rebuttal to Grayscale’s case was submitted last week. The Chicago Mercantile Exchange closely monitors the bitcoin futures ETFs, which is why the commission maintained that it had approved them. The brief claims that spot bitcoin ETFs are exempt from this degree of government regulation.

According to NYSE Arca, the index that Grayscale’s planned spot bitcoin ETF will follow uses a cutting-edge algorithm to reduce fraud, manipulation, and other anomalous trading activity. NYSE Arca is where Grayscale wants its ETF to be listed. In its reply brief, the SEC contends that those provisions are insufficiently effective. The commission also pointed out that the spot market for bitcoin is uncontrolled and lacking in necessary oversight.

“The SEC has been constant in its judgment that while a futures-based bitcoin ETF is allowed, a spot-based one is not,” said Todd Rosenbluth, head of research at VettaFi. “There was the risk of fraud and manipulation.” The SEC had repeatedly prohibited any such ETF when a flood of filings occurred. Therefore, Grayscale faces a difficult obstacle to overcome within the current leadership.

Many businesses, including WisdomTree, Fidelity, and VanEck, applied to the SEC to launch bitcoin exchange-traded funds (ETFs). 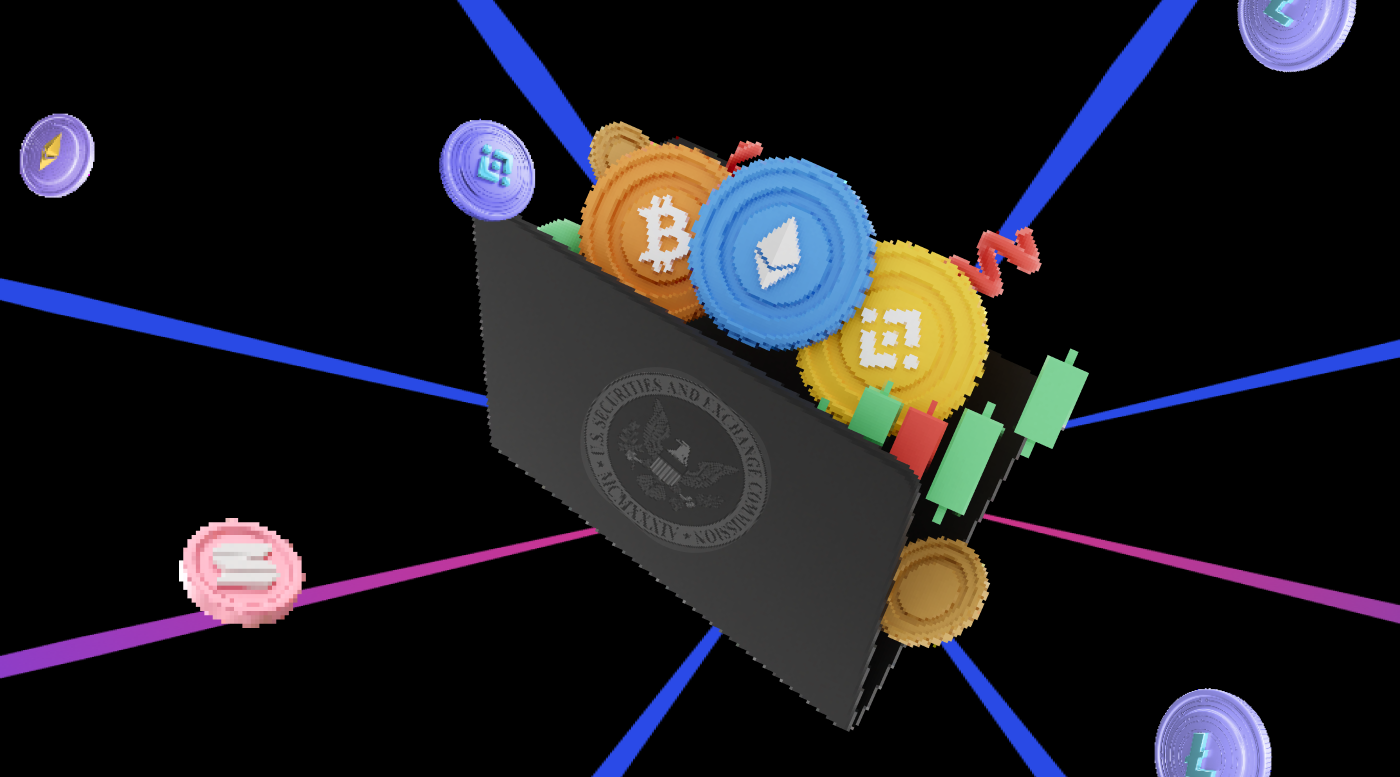 The SEC further noted that as spot bitcoin ETFs and bitcoin futures ETFs present different risks to investors, they should be handled differently. When Grayscale’s efforts to convert its Bitcoin Trust were rejected, the commission urged the Washington, DC, appeals court, where the case is filed, to uphold its belief that it behaved pretty.

As amicus curiae briefs were being submitted in October, the US Chamber of Commerce, NYSE Arca, Coinbase, and the Blockchain Association expressed their support for Grayscale’s case. It argued that bitcoin futures ETFs were riskier than the planned spot bitcoin ETFs.

The SEC stated that Coinbase “champions the value of private-sector market surveillance embraced voluntarily by unregulated spot-trading platforms and contends that ‘the top players in the bitcoin market’ have investors’ best interests at heart.” However, the securities laws were enacted by Congress under the presumption that voluntary regulation is only sometimes sufficient.

In a statement published on its website last week, Grayscale claimed that the SEC was unfairly disadvantaging shareholders of Bitcoin Trust by licensing bitcoin futures-based ETFs while continuing to reject spot bitcoin ETFs.

Without providing a “strong basis for this judgment,” Grayscale claimed that the regulator is also holding spot bitcoin to a higher standard than futures contracts. The spot bitcoin ETF Grayscale would have tracked the CoinDesk Bitcoin Price Index, which has priced very closely to the bitcoin futures index on the Chicago Mercantile Exchange since the November 8 collapse of FTX, the Stamford, Connecticut-based company stated.

According to Aniket Ullal, head of ETF research and analytics at CFRA Research, bitcoin futures ETFs have recently closely tracked bitcoin prices as well. According to CFRA data, the year-to-date returns for both the spot price of bitcoin and the ProShares Bitcoin Strategy ETF have been negative 63%.

The seven bitcoin futures ETFs on the market have received a net $338 million in flows in the year to December 9 despite the steep decrease in the value of bitcoin. By themselves, the ETFs had $723 mn in assets as of that time, according to the database.

Although very minor in comparison to overall flows into US ETFs, he noted, “that figure is important relative to the current asset base in these products.”

According to Morningstar Direct, the $6.8 trillion US ETF market has had net inflows totaling $544 billion year to date through November 30.

Crypto investors are requesting more regulated options, according to Grayscale. It’s time for the SEC to respond to that call.

Court documents state that the company has until January 13 to respond to the SEC’s brief.